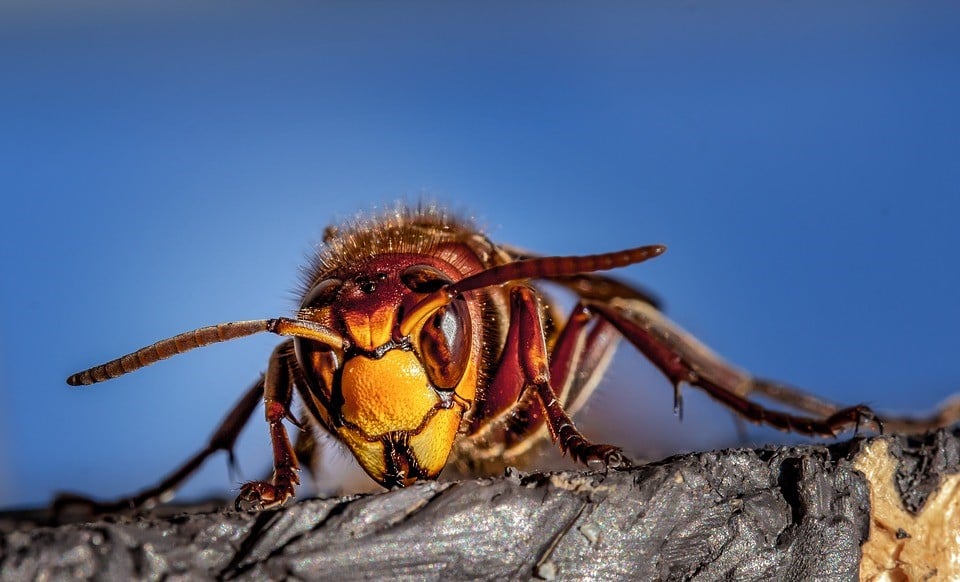 Mention the word ‘hornets’ and people will usually gasp and run for cover. They’re even included in the Bible where God sent a hornet to drive out his enemies from Canaan, so they had a bad rap even then.

The good news? Australia doesn’t have any true hornets. Although that doesn’t stop us from naming some of the more colourful wasp species ‘hornets’ and calling a pest exterminator. If wasps/hornets have made your garden, eaves or verandah home, calling the exterminator is necessary in case you accidentally disturb a nest. If it’s a European wasp, you’d better get help quick smart. The sting can be deadly.

As mentioned, Australia doesn’t have any native hornets. Here, ‘hornet’ is often applied to any large wasp, especially if it’s coloured orange and black. Mostly, the ‘hornets’ we see in Australia are native potter, spider, and other colourful wasps, but usually, it’s the large mud nest wasps of the genus Abispa. These display very different habits to true hornets which are closely related to the European wasp (Vespula germanica) which has become established all over Australia and is a notifiable pest species (2). Asian hornets are also notifiable pests.

At Acacia Pest Control, we strive to be the best at identifying and delivering pest control solutions that not only exceed our clients’ expectations but educate the community about pest control and environmental protection. 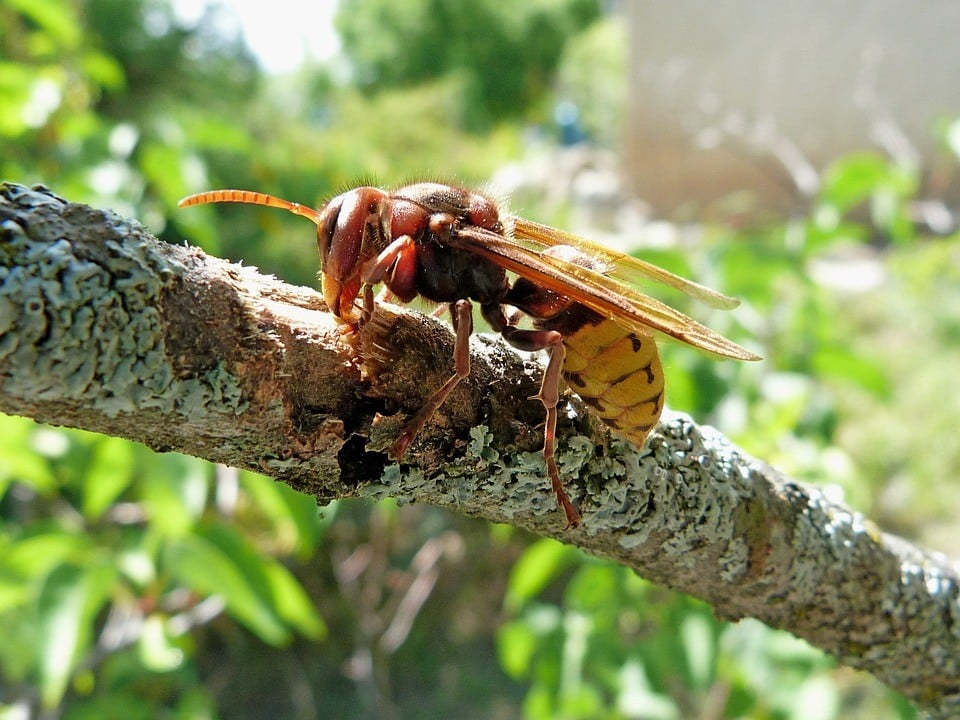 The Western Australian Museum lists (1) a group of 20 species of true hornets occurring naturally only in Asia, Africa, and Europe, and one introduced into North America. However, Australian biosecurity defences can only keep hornets out of Australia if the public and pest exterminators keep watch and report any sightings. Call the Exotic Plant Pest Hotline on 1800 084 881 or Acacia Pest Control on 1300 257 774 if you find a nest.

There are 22 recognised Vespa species of hornets; the following five are of biosecurity interest in Australia:

With the flexibility to change with technology, Acacia Pest Control keeps abreast of all the latest innovations to control, treat and remove all wasp and hornet pest species. 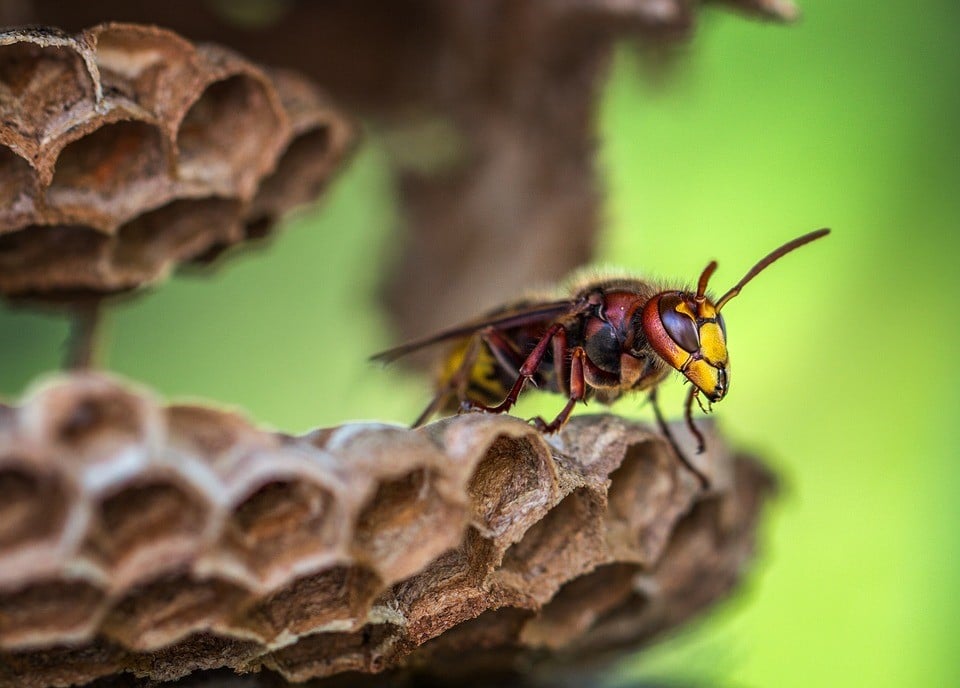 The Asian hornet is from 17 to 32 mm long, black with a thin yellow band and broad orange abdominal stripe. Front-on, the legs are yellow tipped and the head orange. The Asian Giant Hornet is the world’s largest, measuring 50mm, with a wingspan of 76mm and it has a 6mm stinger that can inject heaps of venom. The head is light orange, the wings grey and the thorax dark brown. It can have bands of black or dark brown and orange-yellow, and a yellow abdominal segment.

At Acacia Pest Control, our customers can feel secure knowing they’re getting the most professional wasp and exotic hornet identification and extermination service available.

Fact 5. The Oriental and European Hornet

The Oriental hornet is the same size as the European except that it is wholly red with a yellow band on the abdomen and the front of the head. The European hornet has black stripes on a pale yellow abdomen, with black and reddish-brown legs and thorax. The head is red when seen from above, and yellow from the front. Workers measure from 18 to 23 mm and the queen from 25 to 35 mm long. 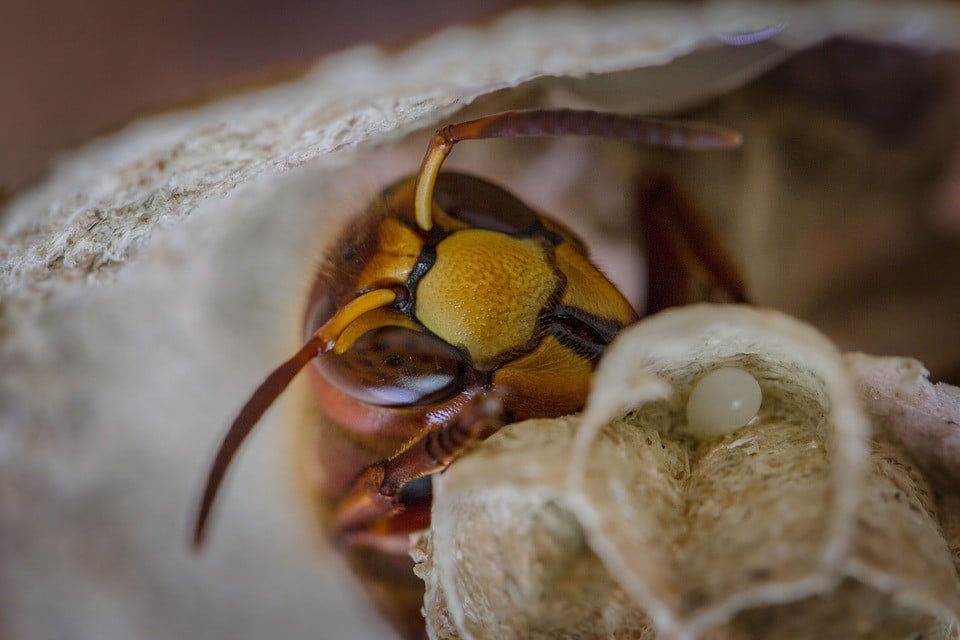 There are several subspecies of the lesser banded hornet, with those in South China and Hong Kong mainly black with an eye-catching yellow band on the first two abdominal segments. It is reddish-brown on the sides of the thorax and head. Those in Southeast Asia are completely black with a bright orange abdominal band but no reddish-brown markings. Worker sizes range from 22 to 25 mm long and queen up to 30 mm.

Fact 7. What Damage do True Hornets Do?

All true hornets are honey bee predators(3). The Asian giant hornet and the Asian hornet attack the hive guards, stealing the brood to feed their own larvae. True hornets kill with stings and defend the nest, inflicting a more painful sting than that of wasps to humans, since it contains heaps of acetylcholine. While bees and wasps have one sting and die afterwards, the true hornet can repeatedly sting but doesn’t die because their stinger isn’t barbed, so it isn’t ripped out. Anyone allergic to wasp stings will be allergic to hornets. If you see a true hornet or European wasp, call the Exotic Plant Pest Hotline on 1800 084 881 and/or send an email with photographs to biosecurity@dpi.nsw.gov.au.

For all your pest problems, or if you see a wasp or ’hornet’ swarm or a nest, don’t try to remove it yourself. Call Acacia Pest Control on 1300 257 774. Our pest specialists can identify and report any exotic hornet species, treat the infestations and notify the authorities for you. Call us today on 1300 257 774 or send an email to info@acaciapestcontrol.com.au.