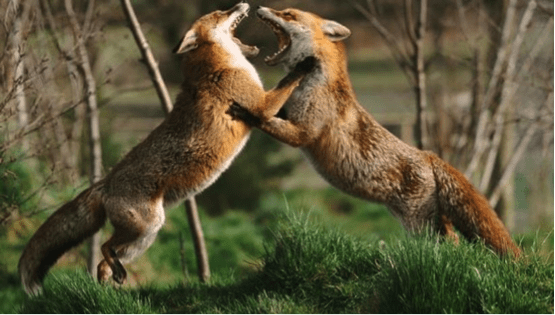 Using the latest technologies we can control the fox population and reduce the damage they cause to your livestock and to our native wildlife.

In the past there has been doubts about effectiveness of baiting because we were unable to track when the bait was eaten and when it was moved by a fox. Using the latest products on the market we no longer have that concern.

The Canid Pest Ejector (CPE) is a spring loaded device that targets the way foxes grab their prey, hard and upwards, this reduces the chance of the bait being taken by non-target animals. It was originally designed in the US in the 1930’s but has only recently been made available for use in Australia.

The Device is staked to the ground by a sturdy metal peg and cannot be easily moved – which means no danger to pets in nearby areas. The ejector capsules are sealed which means they are protected from the elements and remains viable for longer periods of time.

Researchers in Victoria found that “only red foxes, wild dogs and feral cats had been recovered in field trials”.

Foxes are causing environmental damage every year by preying on native Australian Wildlife.

The Hunting habits of foxes significantly contribute to the decline of a number of native species and add to extinction pressures.

Foxes exhibit surplus killing behaviour, they will kill more than they can eat to cache food supplies for when food is scarce.

Effective fox control has been shown to reduce this pressure as well as allowing population recovery.

Foxes have been shown to cause lamb losses of 10-30%, under extreme circumstances this can be as high as 50%.

Fox predation has also been reported on cows in birth difficulty, deer, ostrich and emu chicks as well as free range poultry.