Are You Allergic to Mosquito Bites?

How Do You Know if You Are Allergic to Mosquito Bites?

How Do You Know if You Have Skeeter Syndrome?

How Rare is Skeeter Syndrome?

Skeeter Syndrome is more common in travellers to areas where there are new kinds of mosquitoes, in children, and people with immune disorders. Skeeter Syndrome is an inflammatory and allergic reaction to mosquito bites. It is relatively rare and not life threatening, with symptoms including heat, redness of the bite and a large area of swelling that looks like an infection. The reaction and symptoms can occur within hours in people susceptible to Skeeter Syndrome. 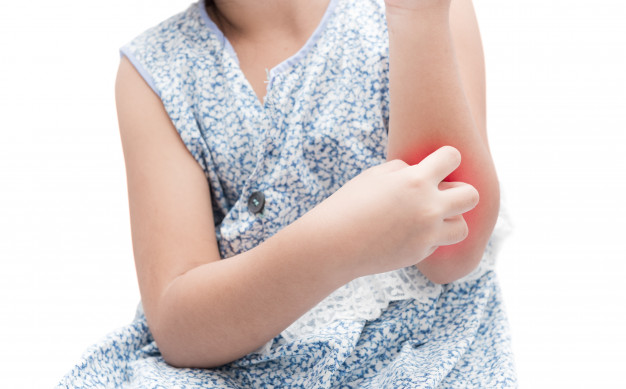 How Long Do Mosquito Bites Last?

Most mosquito bites tend to itch for three or four days, and any swelling can last for about a week. If you’re bitten around the eye or the upper face, the swelling can be severe and last longer. Seek medical advice if you feel ill or feverish, or you are worried about the bites as you may have a mosquito allergy. Don’t scratch them as it could lead to an infection or skin irritation.

Why Do I Swell Up From Mosquito Bites?

The reason you swell is when a mosquito bites, it triggers your immune system to protect you against the attack, which causes a red and itchy lump. Most people are sensitive to mosquito bites, although some people react worse than others. Young children often believe they have allergic reactions to the mosquito bite because they scratch and itch the infected area, causing blood to come out and the bite blister to get infected.

When Should You Worry About a Mosquito Bite?

If you have a mosquito bite and feel ill even weeks later with common symptoms such as body aches and pains, headaches, fever and any signs of infection, you should seek immediate medical advice. You may have contracted a virus or parasite, especially if you’ve been travelling in risky areas associated with mosquitoes.

It’s relatively rare for mosquitoes to transmit serious diseases in Australia, though the cases of the flesh-eating Buruli Ulcer in Victoria have increased, and there is growing evidence that mosquitoes play a part. Mycobacterium ulcerans causes the ulcer, which is of growing concern to health authorities.

Buruli is a notifiable disease, and the following areas are considered endemic for its transmission in Victoria, so people living in or travelling there are potentially at risk if bitten by a mosquito:

There is a high risk on the Mornington Peninsula at:

Recent cases from Aireys Inlet on the Surf Coast and the Geelong suburb of Belmont suggest that these are emerging areas of local transmission. Two cases were identified in residents in Aireys Inlet and two in Belmont during 2019, with no known travel to an endemic area. The risk of transmission in these areas is considered low.

Laboratory tests for Buruli ulcer are now free for patients – although some private pathology companies may charge a handling fee. Early diagnosis is critical in preventing tissue loss.

Victorian health authorities advise(1) that Buruli ought to be considered in patients with a nodule, papale, persistent ulcer, cellulitis and oedema, especially on exposed areas of skin. Buruli ulcer occurs in people of all ages, and symptoms appear from one to 10 months after exposure to the bacteria. If you have any of these symptoms, seek your doctor’s advice as soon as possible so you can get appropriate medical treatment and can be informed of all your treatment options.

Our professional pest manager give you peace of mind, allowing you to relax inside your house or outdoor areas without the constant threat of mosquito bites and pestilential mosquito infestations. 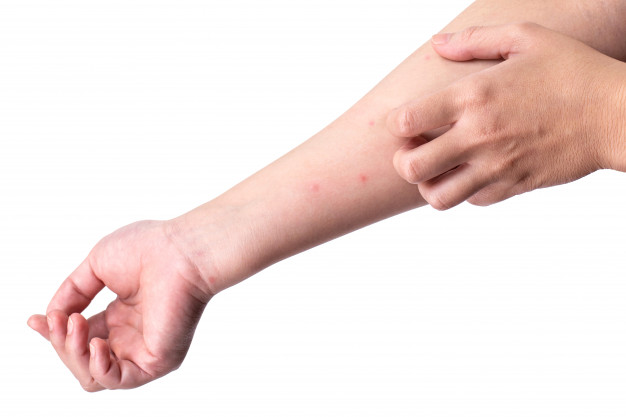 How Do I Reduce Swelling From Mosquito Bites?

If your bite swells, these home remedies may help, and reduce the itching, but if it’s severe, always seek advice from your doctor.

Apply a clean, cold, wet cloth to the bite for a few minutes at a time as a way of treating the infected mosquito bites. You can also use an ice pack, oral antihistamines, repellent cream, topical steroids, soap and water or run the mosquito bite under cool standing water for pain relief.

How Do You Get Rid of Bruises From Mosquito Bites?

Do a patch test before trying any of the following home remedies for removing dark spots or pigmentation caused by mosquito bites to ensure you aren’t sensitive to the ingredients:

These are also good natural remedy options to use on kids and on infants for pain relief.

Why Do Some Mosquito Bites Blister?

When your bite swells, fluid forms under the top layers of skin and forms a blister, this is a natural reaction, and some people react faster than others to their bites swelling. However, if you’re prone to Skeeter Syndrome, the blisters and swelling, itchiness and redness are signs that may be more severe and require a doctor and immediate medical attention.

Acacia Pest Control can improve your quality of life.
We deal with the control, removal and management of infestations of mosquitoes, spiders, ants, rats, and mice, in fact, we can get rid of all the different creepy crawlies and vermin around your house or business premises.

An age-old treatment for mosquito bites is still calamine lotion. A non-fragrant, non-irritating moisturiser can also help ease the itch. An ice pack can often relieve the swelling and redness, and if it’s severe, your doctor might prescribe a cortisone ointment for a mosquito bite allergy.

Why Do My Mosquito Bites Get So Big?

It all comes down to how allergic you are to the bites of the female mosquito (she’s the only one that bites, to get nourishment for her eggs). If you react severely to bites, then you will have more symptoms such as large welts and itchy lumps or blisters.

If you’re allergic to mosquitoes, or just want to be rid of them, then Acacia Pest Control can do the job. Our pest manager can also eradicate the nearby breeding sites in the yard or other areas to prevent a severe allergy and severe reactions. Call us today on 1300 257 774 or request a callback on the website.