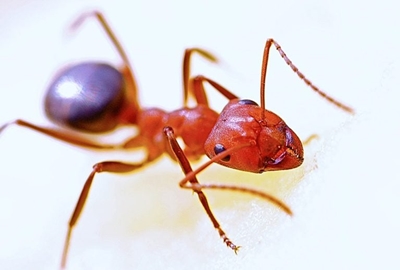 Ants are a common pest problem, particularly over the long, hot summers in Geelong – many people get up in the morning to find a trail of little black ants winding their way from a window sill to a kitchen cupboard or across the bathroom floor.

If this happens inside your Geelong home, call Acacia Pest Control Services for removal and to solve the problem permanently, because often a supermarket-bought ant control spray or other off-the-shelf product will only get rid of the ants for a day or so, then they turn up in another area of the house or building.

Ants belong to the insect order Hymenoptera, and are close relatives of termites and bees. Each colony can harbour up to 500,000 ants, and the whole tribe can pack up and leave if the nest is threatened.

Amazingly, worker ants can live for seven years, and queens for 15! It swarm every August, when young queens fly away to set up new colonies. Although there are some 1,300 ant species known in Australia, there are relatively few that we commonly see as pests in houses or buildings in Geelong. These include the:

The fire ant is a special problem. It was first found in Queensland after arriving probably on a cargo ship from overseas. Almost $20 million is being spent to eradicate it in Victoria because if it gets a strong foothold, these ants have the potential to destroy Australia’s outdoor lifestyle.

If you see fire ants or its colony anywhere in Geelong, you must report it to the authorities immediately so pest manager can treat the infestation and apply removal techniques. If you think you’ve got a fire ant colonies on your Geelong property, contact the Agriculture Victoria Customer Service Centre on 136 186.

At Acacia Pest Control Services in Geelong, we keep abreast of all the latest ant control and removal innovations. We support over 200 local businesses and over 10,000 house areas and families by providing professional pest manager for removal solutions to infestations.

Small ant problems can develop into much bigger pest problems unless removal of the infestation from your areas or premises is done correctly, which is why you need the services of a professional pest pest manager such as Acacia Pest Control Services in Geelong.

Once our pest manager have identified your ant problem, they can use a range of powerful remedies to deal with them, with removal as the aim. Treatments are specific for your particular species of ant, so our pest manager can deal with the removal of the problem fast, whether yours is a house areas or commercial premises.

Once removal of the ants, nest and all, has been completed, you can take precautions to stop them from returning. 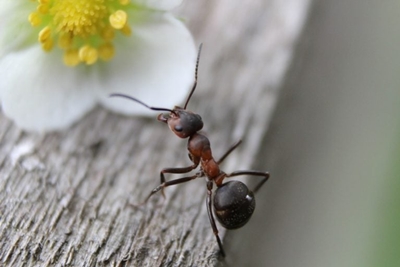 An infestation of ants in a commercial setting can be more than only a nuisance. Ants in places where food is stored, prepared, or distributed, can be both costly and harmful to a business’s reputation. This is especially true for those in industries where surfaces must be kept sterile, because you don’t know what kind of pathogens the ants have encountered on their march to those premises.

Places such as hotels, hospitals, schools, warehouses and offices, or anywhere food is stored, should be ant-free. Removal and management of the and problem are crucial.

Why Are Ants So Harmful? 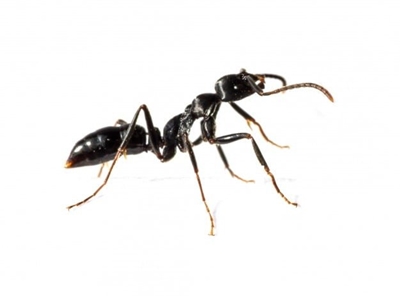 Most ants in Australia are just a pest, invading inside and outside of home and other buildings in search of food, and they can be a health hazard. But according to the Guinness Book of Records(1) Australia has the most dangerous, ferocious ants in the world: The bull ants, (Myrmecia pyriformis).

This ant is also known as the bulldog ants, and the nasty little critter is found all over Australia, including of course, Geelong – there are 90 different species all with diverse life cycles and behaviours(2).

Bull ant has been known to kill people who are allergic or if a person gets multiple bites from swarms of them. They attack with their two large jaws and curl up to sting with their tail at the same time, and they pack a powerful load of formic acid to inject into their victims, which causes a lot of pain.

Bull ant nests are famous for the danger they pose – nests can be several metres underground, and some of the smaller species are called ‘jumper ants’ because of their penchant for aggressively leaping at intruders. Bull ants have excellent eyesight and will follow or even chase an intruder quite a distance from a nest mound.

If you find a bull ant nest around your Geelong house or building, you’ll want to call Acacia Pest Control pest manager as soon as possible to get rid of ants.

How to Control Ants

Acacia Pest Control Service in Geelong has skilled and experienced ant pest manager to solve your ant infestation problem by removal and proper treatment into the future. Call us, and you won’t need to bother about spraying harmful chemicals inside your home, because we use environmentally friendly ant control and removal measures.

Our ant pest manager in Geelong will inspect your property and worry according to the species and devise the best treatment plan and technique to get rid of ants.

However, you can minimise the problem yourself between pest inspections if you: 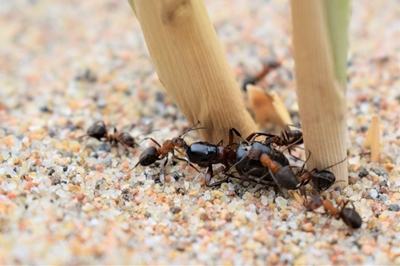 Do You Need an Ant Control Expert?

If you notice little piles of dirt around holes in the soil or at the bottom of the outside walls of your house or commercial building in Geelong, it’s asure sign ants are invading it and they need to be dealt with by treatment and removal.

If you’ve seen a few black ants on the floor, they could be just having a sniff around for food, but chances are there’s a larger and colony close by. You can try getting rid of the ant pest yourself, but the best plan is to call in the professional ant pest manager at Acacia Ant Control Service in Geelong because they can track down the nest, and deal with the issue, via ant baits, so it doesn’t recur.

What To Expect From Our Ant Control Services

Our professional ant pest manager at Acacia Pest Control Services in Geelong know and understand the different ant species and their habits, so we can offer effective, targeted ant control and removal.

All our ant treatments are natural and harmless to people, animals and the environment. Our pest manager will:

If you’re having a problem with ants around your Geelong home, company offices, or other commercial premises, call Acacia Ant Control on 1300 257 774 or send an email to info@acaciapestcontrol.com.au.