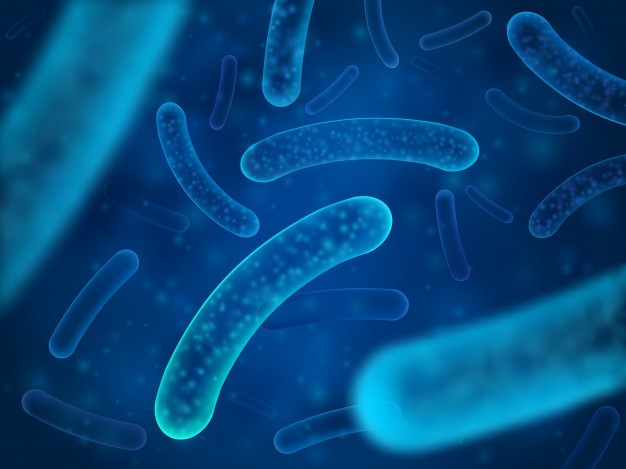 In Australia, the flesh-eating, mysterious affliction known as Buruli (or Bairnsdale) ulcer is spreading from Victoria’s Bellarine Peninsula over to the Mornington Peninsula and is on the march to bayside Melbourne.

Cases of this hostile disease have turned up in Melbourne’s inner city, and two diagnosed in the western suburbs. Reported cases in Victoria go back to the 1930s. However, over the past 20 years, the Buruli ulcer has spread alarmingly, with 182 reported cases in 2016, 277 in 2017, and a leap to 340 in 2018. There have been 165 cases up to August this year, slightly down from the same time last year.

Victorian health authorities(1) warn that there are now three areas in the state deemed endemic: Bellarine Peninsula, Frankston and Mornington Peninsula. The highest risk factor is living in, or even visiting an endemic area just once. Buruli ulcer is particularly devastating on the Mornington Peninsula, where confirmed cases have increased by about 400 per cent in the past four years. The infection is also found in Far North Queensland (known there as the Daintree ulcer) and along other areas of Victoria’s coast, including Phillip Island and East Gippsland.

What is Buruli Ulcer?

Buruli ulcer is a notifiable disease in Australia.  Mycobacterium ulcerans causes the ulcer, which is a relative of leprosy and tuberculosis. Buruli is found mainly in sub-Saharan Africa and tropical climates. The flesh-eating bacteria causes horrific, extensive and destructive ulcers that destroy the flesh, eating it away even down to the bone. The ulcer is usually diagnosed in people who live in endemic areas or have travelled there, which could explain the cases found outside these areas. The ulcers are aggressive; they don’t respond to the usual antibiotics, and the earlier they are treated, the more chance a sufferer has of being cured. The name Buruli is attributed to a county in Uganda where a prolonged outbreak occurred 50 years ago.

Acacia Pest Control can identify and deliver pest control solutions that not only exceed our client’s expectations, but they also educate the community and protect the environment.

What Are the Symptoms of Buruli Ulcer?

The problem with Buruli ulcer diagnosis is that the signs and symptoms can show up from one month to nine months after exposure, which can occur while either living in or visiting an endemic area. The ulcer occurs in any age group, and the stages of the flesh-eating infection include a persistent nodule, cellulitis, oedema (swelling) or ulceration of the skin on any part of the body. Anyone with these symptoms or signs should seek medical advice and treatment early. If it is a Buruli infection, early diagnosis and treatment can prevent or lessen the horrific loss of skin and soft tissue.

Source: Fig 2. Density map of the distribution of Buruli ulcer lesions on front and back templates of the human body generated using ArcGIS software version 10.3.1.
https://doi.org/10.1371/journal.pntd.0005800.g002

What is Being Done to Prevent the Spread of Buruli Ulcer?

Nobody knows for sure just how the Buruli bacteria spreads, so it’s challenging to prevent the dispersal of the disease. However, in April this year, the Federal Government(2) announced a further $1.5 million (totalling $3.9 million in funding) for research into mosquitoes in Victoria’s south-east. Melbourne University molecular microbiologist Professor Tim Stinear will head the study. Prof Stinear’s initial investigations point to the mosquito as the most likely factor in the spread of the bacteria to humans via bites. However, until the study is complete, the experts cannot be sure. The study involves (3) Mornington Peninsula Shire Council, the Department of Health and Human Services, Austin Health, Barwon Health, Agriculture Victoria, and Melbourne University’s Doherty Institute. State Health Minister Jill Hennessy also announced $250,000 of funding as a contribution to the Buruli ulcer study.

While mosquitoes and possums have been implicated in the spread of  Buruli ulcer bacteria, there are several other theories. These include contaminated water, soil, and transmission through animals. Making sure your home and workplace are free of these pests may be crucial in lessening the chances of contracting the bacteria through mosquito bites or possum dung in the soil.

At Acacia Pest Control, we are flexible and stay abreast of all the latest technology and  innovations for controlling mosquitoes.

Our customers can feel secure in the knowledge that they are getting the best service available to ensure their peace of mind, knowing that we are taking care of the pests, so they don’t have to worry.

While preventing the spread of Buruli ulcer is proving near impossible so far, you can take measures to prevent or lessen your chances of contracting the disease. Victorian Government health authorities recommend wearing protective clothing, avoid mosquito bites, and if you suffer a cut or abrasion – even a prick with a rose thorn that you might usually ignore, you should thoroughly wash it immediately. The same goes for a mosquito or other insect bite.

Be on the safe side, in case mosquitoes are the vectors of this horrible ulcer (they carry other harmful diseases too), call Acacia Pest Control so we can apply a residual mosquito control to suppress mosquitoes for up to 3 months in your home, yard or business premises. We can also inspect and treat breeding sites- including drinking (potable) water tanks, fish ponds with eco-safe products. Eradication is necessary, especially if you live in an endemic Buruli ulcer area on coastal Victoria. Just dial 1300 257 77, so we can help to lessen your family’s chances of contracting this horrific infection.